Should You Take a Pay Cut to Work Remotely?

In our recent Twitter poll, we posed the following question to our community: “Would you be willing to take a pay cut or sacrifice vacation days for a remote role?” Nearly half of those responding believed it was worthwhile to give up part of their overall compensation in exchange for location independence, while 33% said, “No way!” to less pay.

While our sample size of 42 was far from being representative of remote workers worldwide, there’s enough evidence to indicate this is a hot topic in the community. So we pose the question: even if you’re willing to accept less pay for location independence, should you do so? Here we examine both sides of this ongoing debate.

Let’s face it—no one wants to be paid less. That said, there are some reasons why it may make sense for you to give a little in exchange for the ability to work from anywhere.

By working remotely, you realize cost savings that your in-office counterparts simply can’t, including:

In many cases, the savings you’ll realize will more than offset a reduction in your pay. And there is the unquantifiable but incredibly important peace of mind and resulting improved health that occurs when you don’t have to endure the daily grind.

We are finally getting closer to debunking the myth of “face time,” where only employees within sight of their coworkers and managers can be trusted to get things done. That said, employers–particularly those who are new to the concept of remote work–may still be clinging on to old notions and therefore fearful that a remotely-based workforce will make it difficult for the company to meet its business objectives.

Showing flexibility in your salary discussion can help persuade an on-the-fence employer that you are willing to assume some of this risk. And if you take the time to educate your company on the many benefits of remote work, you may find that you’re giving up far less than you’d anticipated.

The Price of Living (and Leaving)

It’s unlikely that an employee relocating to a more affordable area will retain the compensation they may have enjoyed in San Francisco or London, particularly if the employer already has a presence in that location. Even less likely is the possibility a company will be willing to increase salaries based on a higher cost of living in a new area, especially if the move is voluntary. It’s far more common for employers to reduce salaries based on market, and potentially currency adjustments.

This is where you need to break down the real numbers. Your adjusted salary may be lower, but what’s your actual take-home pay? Taking that 10% pay cut to live in an area that is 15% less expensive may have you coming out ahead.

You also need to weigh the cost of obtaining a local job in your new locale. Your new salary, though reduced, may still be more than the going rate in that area. Add to this the time and stress associated with a job hunt, and you may find the benefits of location independence still far outweigh the lower pay.

The benefits of remote work don’t fall exclusively on the side of employees. There’s an increasing amount of data to support some very significant advantages for employers of distributed workers.

This is clearly the more popular position. Here are some of the more compelling arguments made in favor of equal pay for remote workers:

In fact, some studies—including this one from Stanford University—show that in many cases remote workers are actually more productive than their in-office counterparts. Why? No commute time, increased focus, less sick leave, and in many cases, an increased amount of work hours.

The cost savings associated with remote work are also realized by employers. Accordingly to consultancy Global Workplace Analytics, a U.S. company rolling out even a modest remote work program can save more than $11,000 per employee per year. These savings are realized through the following:

It can, in fact, be argued that there is a case for paying remote workers more than their in-office counterparts based on the total savings realized by employers.

Show Me the Money

This debate won’t be easily settled—there is simply a lack of empirical data to fully support either position. We need more information to move this discussion in a productive direction, such as:

Until then, the debate will rage on.

So tell us: what side are you on, and why? And if you think we’ve overlooked something in this important debate, let us know. Please share your thoughts in the comments below, or tweet @Workfrom using #remotepay. 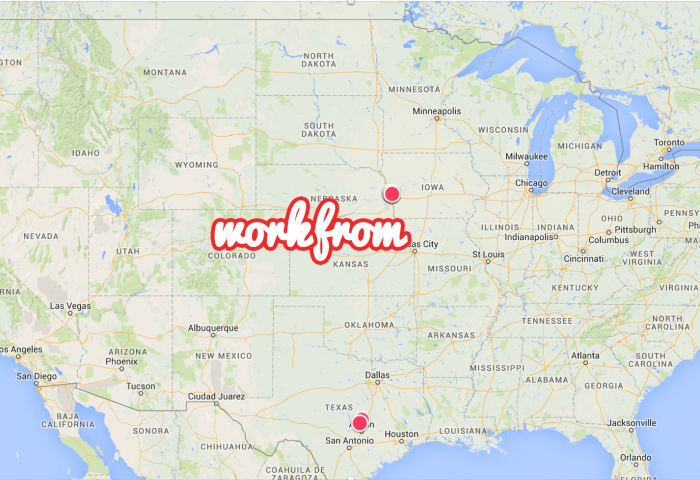 Recently Recommended: great coffee shops, bars and banks to work from all over America 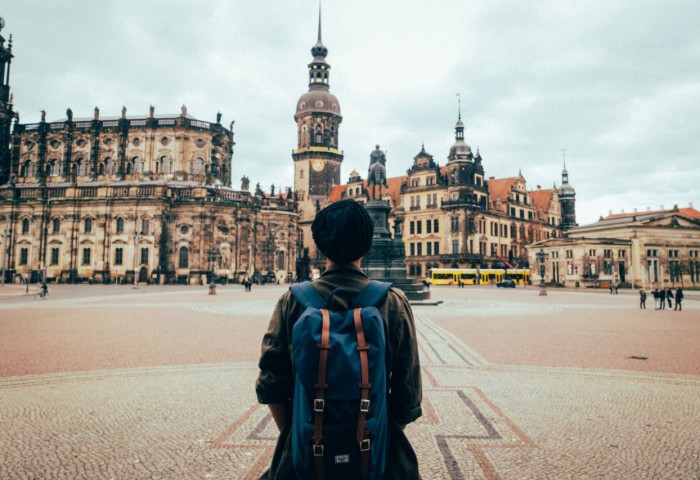 Digital Nomads: The Rise of a New Species 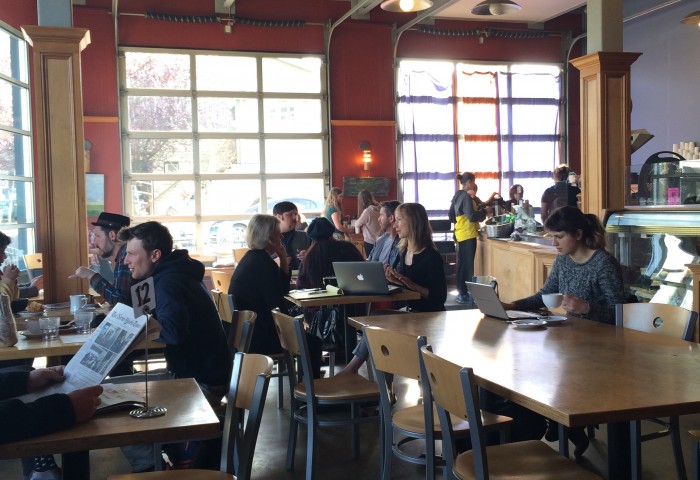 An Inside Look At Open Seating Before You Visit


Thank you! Workfrom can only get better with your help.
Looking for places to work nearby...